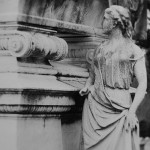 Throughout Christian Churches today hundreds of thousands of people around the world heard the words,
“Joseph bought a linen cloth, took Him down, wrapped Him in the linen cloth and laid Him in a tomb which had been hewn out in the rock; and he rolled a stone against the entrance of the tomb.”

A tomb, the final resting place where the epitaph is forged into stone, concrete and marble trying to bring a sense of permanence when confronted with the stark reality of impermanence. In late 1835, a grieving father John Jay Smith, noted that “Philadelphia’s living population has multiplied beyond the means of accommodation for death.” One year later, Smith with partners Nathan Dunn, Benjamin Richards and Frederick Brown conceived of Laurel Hill Cemetery. Three design concepts influenced every part of this new endeavor. It had to be situated in a picturesque location well outside the city; there would be no religious affiliation; and it must provide a permanent burial space for the dead in a restful and tranquil setting. It became the nation’s second major rural cemetery with a rolling landscape of 78 acres, horticultural plantings and eclectic architecture and sculptures. Laurel Hill was designated a National Historic Landmark in 1998. Names such as Rittenhouse, Widner, Elkins and Strawbridge are just a few of the Philadelphia magnates buried here. General Meade and 39 other Civil War era generals reside here along with 6 Titanic passengers. Picnics, strolls, carriage rides and sightseeing were popular pastimes in Laurel Hill’s early days. This site continues to draw history buffs, ghosts hunters, joggers, bicyclists, nature lovers, sketch artists, and photographers. It has become a must see destination for tourists…Rocky came here often to visit his beloved Adrian! So on this day, I wondered down landscaped paths, camera around my neck, intrigued by ways tombs may provide a glimpse within.

The tomb of William Warner is both striking and unique. It was created by Alexander Milne Calder, the son of a Scottish tombstone carver who went on to sculpt more than 250 pieces for Philadelphia’s City Hall as well as the colossal bronze statue of William Penn that crowns the tower. This dramatic sculpture lying atop of the tomb depicts the soul escaping from the coffin and is often referred to as a prime example of American Victorian funerary art. Lions were used to signify the qualities of those laid to rest as well as serving to symbolize an eternal vigil. Ivy stands for eternal life. When I came upon a broken column, I knew a life was taken too soon or suddenly. Draped urns topped off headstones relating a permanent state of sadness and mourning for the family left to carry on. Obelisks and mausoleums with Tiffany stained glass windows attest in death to a life of wealth with the richest closest to the river. Angles were believed to protect people on earth and guide them to heaven. One gravesite definitely provides a glimpse of its inhabitant… with a large microphone and two seats from Veterans Stadium, one can sit for a moment to remember all the years of listening to the Philadelphia Phillies announcer with that distinct voice, the memorable Harry Kalas! ( I wonder if they can make a camera that large!)

When I came upon the bronze epitaph of General Hugh Mercer, I became very curious about the man in the tomb. It read, “A physician of Fredericksburg, Virginia, was distinguished for his skill and learning, his gentleness and decision, his refinement and humanity, his elevated honour and his devotion to the great cause of civil and religious liberty.” Words connected us… the living with the dead, the present with the past.

“Overlooking the river, there is a stone sculpture capturing the tenderness of a mother for her children. Henry Dmoghowski Saunders, a polish sculptor whose work is on display in the U.S. Capital poured his grief into this piece. The Mother sits holding her babies overlooking the river where they drowned in 1855 and she joined them in death two years later. All repose together. After completing this very sad monument, Henry, the father and husband of this family, returned to Europe and never returned to America.
Death becomes a teacher of life if we listen to the messages in silence. On this monument was the inscription: “We should count time in heart throbs. He most lives who thinks most. Feels the nobelest. Acts the Best.”

On this day of quiet reflection those who were laid in the tomb reminded me how I want to live!

Laurel Hill Cemetery “The Hot Spots and Storied Plots” tour is presented monthly – 4th Friday and 2nd Saturday tour series. It is a very informative overview of the cemetery’s long and colorful history. 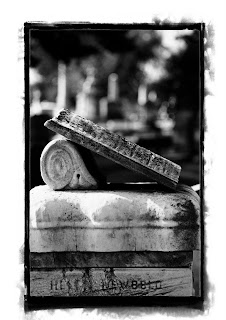 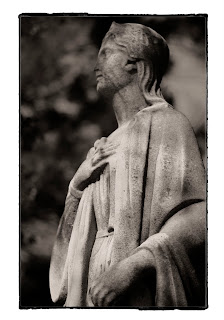 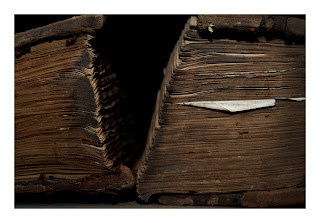 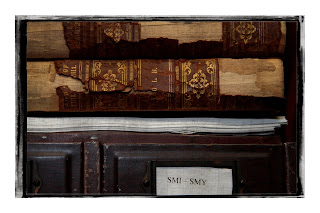