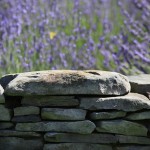 I just checked on the cheapest flight leaving from Philadelphia and landing in Marseille, France…the cost is $1,795 (including tax and fees of course!). Right at the moment, the savings are earmarked for a few other things but to feed my wanderlust for those expansive fields of endless shades of indigo and green, I just had to travel 45 minutes outside of Philadelphia. In the midst of llama farms, 17th century farmhouses and homes which mirror English country homes, lies
Carousel Farm located in historic Bucks County, Pa which is just outside of New Hope, Pa and 90 minutes from NYC. Niko is part owner and an excellent photographer with a vision and magical touch bringing forth beauty. As he explains, “The inspiration for Carousel Farm Lavender came when we were traveling through the beautiful Provence countryside, where the rolling hills are graced with old grape vines and lavender fields, against a stunning backdrop of centuries-old fieldstone barns and farmhouses. Our farm, with its fieldstone farmhouse, 18th century stone barn and rolling fields broken only by fieldstone walls, seemed the perfect place to replicate the South of France.” Walking through these vibrant rows, breathing in the fresh scent of lavender will quickly remove the word “stress’ from one’s lexicon, body and spirit! Can I have an aaaaaaaaaaahhhhhhh! 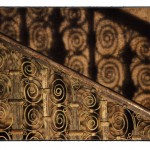 Photographers seek out the light. It sculpts, it enhances and it invites so when I heard that Bryn Athyn Cathedral would be having their anniversary lighting celebration, I was drawn to be there.

John Pitcarin came from Scotland in the early 1800’s. Born from a state of poverty, he went on to found PPG industries and buy property outside of Philadelphia. John may have been highly influenced by his classmate, Andrew Carnegie in gaining his wealth. On April 18, 1885, a son Raymond was born and he later became a very successful lawyer and collector of medieval art. As his father created wealth from poverty, Raymond took the vacant tract of land and in 1913, decided to begin building a medieval cathedral to become the seat for “The New Church” also known as Swedenborgianism. This religion was started by the Swedish scientist and theologian Emanuel Swedenborg who related the revelations he recieved during heavenly visions. He taught that God would replace the traditional Christion Church and establish a “New Church”.

Bryn Athen Cathedral is said to resemble Cloucester Cathedral in England. Asymmetries and irregularities were all planned into the building. There are no straight lines which then serves to soften the archetectural design and draws in Grecian refinement. One of the philosphical stances of “The New Church” is that God loves variety so doors, keys, metal work etc. are each unique when one looks closely. There are many guides available each Sunday to take visitors on a tour of this exquisite cathedral. (Many thanks to Suzy Laidlaw for taking such time and sharing her vast knowledge with me).

Right next door is a castle which was originally the private residence of Raymond and now is the Glencairin Museum. It houses a beautiful collection of religious art from around the world and is open to visitors.

June 18th is the anniversary of the founding. For three days, light sculpts and enhances the cathedral, the castle and the magnificent gardens. Tonight will be the last night and it is celebrated by inviting everyone to picnic on the grounds, listen to beautiful music and take in this great expanse which basically emerged from impoverished roots, determination and vision. If you would like to sit out on a summer night with a medieval castle and medieval cathedral as your backdrop…this spot is for you! The location for anyone able to visit is: 900 Cathedral Road, Bryn Athyn, PA 19009.
So glad I followed the light and learned fascinating stories of religion, archetecture, and history. 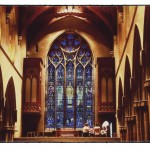 Chase Jarvis said, “The best camera is the one that’s with you.” A few weeks ago, I bought a Leica point and shoot…a great camera to carry everywhere to capture those surprise moments. This past Friday,was one of those times. I happened to be driving on Cathedral Road in Bryn Athyn, PA. I then saw a magnificent Gothic and Romanesque cathedral and postponed my original destination. This was just too beautiful to pass by. I needed to photograph it. The term sanctuary in the true sense of the word comes to mind. A sacred place of refuge. Paths meander through beautiful gardens. Benches are placed so one can just sit and take in the expansiveness. Silence is the catalyst to relaxation.
Bryn Athyn Cathedral is home to the largest New Church congregation and was funded by the industrialist, John Pitcairn in the early 1900’s. The New Church is based on the teachings of the Bible as illuminated by Emanuel Swedenborg, an 18th century theologian and scientist. As their website states: “A notable feature of the Bryn Athyn Cathedral is the use of architectural refinements; intentional departures from vertical and horizontal straight lines (bends in elevation, curves in plan) in order to give a sense of life and movement to the building. This subtle quality represents the unpredictable path of human growth.” I was on that unpredictable path on Friday and it led to an hour of peace, relaxation and appreciation.