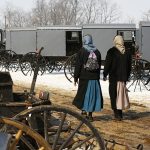 Each year in Lancaster, Pa. the bond between the Amish, the locals and the firemen can be witnessed. Starting on the last Saturday of February, each township holds sales and auctions in order to raise the much needed money for the local fire company. It is community caring at its best. These events run into April and with weeks of spring precipitation, the mud follows and hence the name “Mud Sale”!

The Amish live very simply without technology and electricity. They are a very close, traditionalist Christian based community. Their dress is very plain and they travel by horse and buggy, trains and boats but never planes. The children attend school until the age of 14 when their education is complete and Rumspringa begins allowing the teens to experience technology and fashion. After two years, if they decide to get baptized they return to the simple living and begin a family. Many come from all over the world to attend these sales and be a part of a unique gathering of cultures and life styles all in the name of supporting the local fire companies. 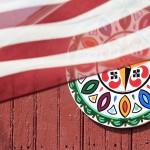 I could travel with a camera 24/7 and feel as if I died and went to heaven! I have been so fortunate that so many people graciously allow me to enter their world and generously share different aspects of their lives with me so freely. It was like that when I attended the Kutztown Folk Festival celebrating the Pennsylvania Dutch Culture …a truly fascinating study. So many people shared story upon story of the traditions, medicinal practices, foods and crafts with me.

The term Pennsylvania Dutch refers to those who left Alsace, Southwestern Germany and Switzerland and settled in Pennsylvania during the 17th and 18th century. The dialect is a combination of Palatinate German and English. However less than 5% of the words are English and it is spoken by nearly 500,000 Pa. Dutch Americans, mostly the Plain Dutch. According to the tradition signs posted: “This is the cussingest language on earth! Here are just some of the compounds of the best known cuss word: Dunnerwedder:
(since I have no idea exactly what I am saying, I will only pass along one!) Himmel-Dunnerwedder!” (go on, get it out and feel better!)

The culture is divided into two completely different ways of life. The Amish and Mennonites represent a minority known as “Plain Dutch” and they separate themselves from the rest of the world in matters of dress. They are biblicists and strictly conform to the bible. Their approach to worship is very simple. They avoid revelry, waste and “worldly ways” with the goal being to be little and unknown, loved by God alone. The majority of PA. Dutch are Lutherans and reformed denominations and are known as “Gay or Fancy Dutch”. These members do not wear plain clothing nor do they refuse to fight in wars. Much of the folklore is derived from this group. Some of that folklore would be: Raisin pie is known as the funeral pie and was rarely served at any other time. Dinners after the funeral were known as “Sees-Koocha Schpree” (sweet cake spree). The camp meeting was known as the bush meeting. Bush to the PA. Dutch is wooded land. A small grove was cleared, a preaching stand or bush arbor was erected with rows of benches and since participants camped in the woods, the bush meeting was both a religious and social experience. It was believed that if it didn’t rain on May 1st, there would be little hay that year. Rain on Whitsunday (Pentecost) means few chestnuts and if there is rain on that day, there will be rain on the next seven Sundays…and it goes on and on and on!
National Geographic covered this festival twice, USA Today named it one of America’s Top Celebrations and The Washington Post called it a “Must See”! The festival runs from June 29th – July 7th, (2013) 9am – 6pm. Come to join in the celebration of the oldest folk festival in the US! 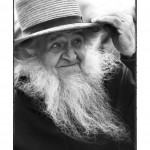 Since the 1960’s, the last Saturday in February marks the beginning of the Amish Mud Sales. This past Saturday, the local community in Strasburg, Pa auctioned off beautiful quilts, farm equipment, buggies and antiques. Homemade chicken corn soup and whoopie pies sell very quickly. The food connoisseur and bargain hunter alike will love this sale. They will continue throughout the spring (hence the name “Mud Sale”) and proceeds support the local fire companies. For Further information and dates, click on the following link: Amish Mud Sales.

The Amish are devoted to God, family and land. They do not permit the use of electricity, telephones and radios in their homes; nor do they drive cars holding to the belief that they can be closer to God by not being caught up with the things of the world. The Amish are usually very private but in order to support their community, their devotion is evident by the numbers who prticipate in this very public forum.