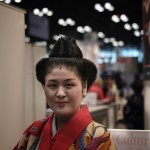 As I sit inside with the temperature down to 17 degrees and the snow up to three inches as we speak, I thought I would take out my notes from Arthur and Pauline Frommer again to pass along the most popular destinations predicted for 2013. China seems to take the spot for number 1! There is a 10 night city tour available with flights from JFK for $1399. In Frommer’s words, “Everyone should see the Great Wall of China in their lifetime.” (Sounds great to me!). He said this is the best price for a destination he has been able to find.

Ireland has been suffering badly from an economic downturn. One very savy marketing company decided that since Ireland is known for its hospitality and “party spirit” that this year would be known as “The Gathering” with celebrations going on at a spot in Ireland for the entire year. I absolutely love Ireland and its people. For me, this is a definite, “going home” experience when I travel there, so I am putting together a trip in July/August.(If you would like to join us, just let me know! We will have such great “CRAIC” which in the Irish language translates to good times, gossip, music, drinking, debauchery and good clean fun!…a type of mantra for me!).

India was next in the countdown due to the exchange rate. So much can be done and purchased now making India a very popular draw. (It happens to be one of my favorite draws any year!).

Dubai is putting forth quite the effort to lure tourists, but the elder Frommer was unable to recommend this travel destination. Having never been myself, I am unable to comment.

Here at home, Miami Beach is enjoying a huge surge in tourists. Colorado and Washington have been drawing many due to the legalization of marijuana and its huge appeal. New Orleans has just completed its 3rd of 6 buildings dedicated as a World War II museum which is a fascinating exploration of history.

Caral, Peru has attracted so much attention from the pyramids and ruins discovered after nearly a decade of excavation. It is now deemed to be the oldest city in the western hemisphere. The difficulty at this point in time is that there is only one local hotel which often is filled to capacity by many archaeologists.

Frommer predicts this will one of the top destinations when they are able to keep up with the tourists coming in. Next in the line-up would be Oslo, Norway. With the building of the acclaimed Opera House, it has become a major landmark with over 1.3 million visitors in 2008 and is the largest cultural building to be constructed since the beginning of the 14th century.

Many continue to yearn for a trip to Cuba but according to the speakers, it is still too overpriced which is exactly what I have discovered so my trip is on hold.

If you saw the “Life Of Pi” and loved the scenery, Taiwan is the place to visit. Amsterdam was voted the Best in Travel in 2013 by the Lonely Planet and January 2013 was the beginning of the year-long role as Europe’s Cultural Capital which was bestowed upon Marseille,France. So many wonderful places to see and so little time (and money!). A girl can dream can’t I?!