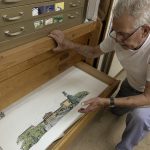 I have been given a gift in my mid-life: discovering new family members I never knew existed. They have been so incredibly welcoming to me as we spend hours trying to catch up on years. We first met in May at a local “Open Studio Weekend”. My 2nd cousin Betty married Laszlo Bagi, a Hungarian born local artist and as I came to find out, an artist extraordinaire. As soon as I saw his pen and ink drawings, etchings and silkscreen prints, I was in awe of his talents and had to know more. Laszlo’s subjects ranged from his memories on a farm, a simple life with many siblings in a Hungary that no longer exists, a piece capturing his grandparents home with the path he had to walk each day to get water. There was a silkscreen of a large black and purple crucifix standing by a small road into his town which was a gift for his mother many years ago. Forests he explored and Philadelphia historical buildings all found new life through his touch. Back stories were pouring forth and I knew I needed to capture them on film. These were such precious memories that should not end up as fleeting ones.

Laszlo was most gracious as I became his shadow with a camera. The excitement I knew when I would watch images emerge slowly in the confines of a darkroom was the same as seeing the magic created in his studio. “I love to see the colors reach out, hold hands and marry each other”, he told me. I held the very first pen set that he ever owned and this oh so gifted man made sure I had a new sketchbook and a set of his watercolors to always have with me when I travel!

So many moments impacted me during out time together, but when I started to film the responses to my innately curious questions, it was then that I had a very profound appreciation for all this man had gone through and all he has given. As a teenager, he saw his beloved country destroyed and taken over. Leaving family and friends, he walked for 7 days to Austria to escape a fate of hanging only to walk into the fate of being a refugee and housed in a camp. Here I was interviewing one of the few remaining people who knew first hand of the atrocities of the Hungarian Revolution. Laszlo came to this country though the compassion of Eleanor Roosevelt. He went into the United States Army (101st Airborne) and was stationed in Germany where he met and married my cousin Betty who was working in Special Services for the US government. An immigrant to this country who has spent his life in the service of others and who each day feels compelled to bring forth something beautiful.

Today at times, we hear the word “immigrant” used in a decisively pejorative context. Hundreds of thousands of people are given that one word descriptor without deference to their own individual stories of life, love and hardship. Many are herded, judged and separated. Years ago, our former president’s wife interceded to bring those in the refugee camp to America heeding the words, “Give me your tired, your poor, your huddled masses yearning to breathe free.” I feel so fortunate to now know a man named Laszlo, my cousin! The name in Hungarian means “glorious ruler”, a name of honor and dignity. When we move past the word “immigrant”, we may be fortunate enough to come to deeply know a person by name and for me, it was truly glorious!

With special thanks to Betty for opening her beautiful home and generous heart to me day after day! Much love!
More of Laszlo’s work can be seen at his website: Laszlo Bagi.com

Laszlo Bagi: An Artist's Story from Frances Schwabenland on Vimeo. 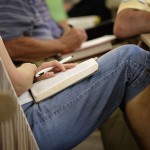 Gene Kelly and Van Johnson played two weary hunters who came upon the mystical village of Brigadoon. As the story goes, the preacher in the town invoked God to protect the townspeople against the changes and the influences of the outside world. His prayers were answered and for one day every 100 years, Brigadoon magically appeared amidst the rolling hills of Scotland.

The rolling hills of Lancaster County, Pennsylvania holds its own Brigadoon. On 14.5 acres of land, 190 small white cabins sit empty, alone and boarded up but for one summer week each year. The Central Manor Camp Bible Conference first opened on Thursday evening, September 7, 1892 with 19 tents under the direction of a pastor, Dr. MacDannald. He wanted a place where for one week, “Fundamental truths of the word of God are faithfully proclaimed.” This is an area with the strong influence of Evangelical Christians and Mennonites, so the rules were very strict. No noise after 10:30, women wore dresses, no tobacco and no alcohol.

Over a hundred years later, there is a “tabernacle” seating 1,000 people set in the center of the grounds with these white washed and very sparse cabins surrounding it. These habitats have basic electricity but no running water. There is no wifi and not one lap top or television to be seen. The cost of each cottage can be up to $10,000 and they are either passed down through generations or auctioned off at the end of each year’s revival. Basically, most have just beds, lighting and a fan in them. Curtains are used to partition off areas.There are three bath houses for men and three for women. Each family brings their own unique style to their home away from home…Ruthie raised a foster child who returned to her birth mother at age 13 only to end up dying on the streets of Philadelphia. The exterior of Ruthie’s “home” is a memorial to Heather while her daughter is fighting brain cancer and sits quietly quilting outside the cabin. A mother with 5 children found a pink light to soften the look inside and she created a shabby chic haven. One cabin was “pranked” with colorful postettes adorning the plain white. Flowers, streamers, crosses, bibles and books by Glen Beck can be found outside. There are “porch visits” that go on throughout the day for the purpose of “Christian Fellowship”. Some met here for the first time and are now sitting on their porch as a married couple. Others remember coming when there were only tents and now have their own cabin. RV’s are permitted on the grounds for $40. per night and do have water and electric hook ups.

This year’s small booklet listing the speakers and program related the Statement of Faith as the following:
“We believe that the Bible is the Word of God.”
“God is a Triune God.”
“Jesus Christ is the only savior of men.”
“Man in his natural state is totally depraved. Man is sinfully enslaved in transgression, and without the provision of God’s saving grace through Jesus Christ, is eternally lost.” These tenets have remained the same since the founding by Paster MacDannald. What has changed is the operating budget which is now approximately $74,000.

The day begins at 6:30 with the ringing of the bell. 7:30 is family worship and no recreation may take place during times of worship.
There are speakers each day at 10:00, 2:30 and 7:00 pm. Snacks can be purchased or meals can be taken in the dinning hall with two seatings of 400. The menu basically stays the same from year to year. Saturday is always chili for “dinner” at 11:45 and chicken barbecue for supper at 5:00. There is supervised recreation. Saturday is “Parade Day” and the “Peanut Hunt” in the afternoon. The purpose of the recreation program is to “develop attitudes and behaviors that exemplify the Lord Jesus Christ.” Activities include quoits, street hockey, volleyball and basketball. Crafts are held Monday through Friday at 2:30 – 3:30 each year and crafts for women are at 1:30 pm on the days announced. At 10:30, there is the ringing of the bell, signaling the end of the day and all to be in their cottage. No smoking or alcohol is permitted and no soda is served.


For one week each year, there is a continuity of faith and family. Just as in Brigadoon, there is a type of shielding from the influences of the outside world that is embraced by generation after generation. On August 16, 2015, the Central Manor Camp was brought to a close…it saw its moment in the sun and now has returned to its stark waiting stillness. 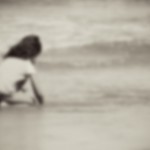 As a photographer, I have spent years trying to master the technical and will happily continue for many more if I am lucky… it is a constant! When I am able to get that tack sharp image I am thrilled. In fact, that type of image was one of the aspects which first drew me to photography many years ago. So often I would look at an image and discard it if it wasn’t in focus. Creativity though is thinking out of the box, trying different things, playing and having fun, going down that overgrown path. So I decided to do just that…to create an image that is more about the mood and the feeling…the universality of feelings in a very simple image. Abandonment!

My first image is an attempt to capture the moments we are able to just stop, enjoy and just get caught up in curiosity and exploration…here’s to summer and childhood! 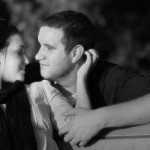 Where does the time go? A little over 20 years ago, I can remember very clearly sitting on a rocking chair beside your crib holding you in my arms. I was so taken with you and I have no idea how long I just sat watching you. (I even tried singing knowing that you would not hold it against me!)

Fast forward to this past week, and here I am watching you again…totally taken with what a beautiful and talented woman you have grown into. I am so very proud to be your Aunt! Taking your engagement photographs, I just loved watching you and John interact and seeing how happy he makes you! (Welcome to the family, John!) May the respect, playfulness and deep love you both share just continue to grow and carry you through the amazing adventures of life! Hold close to each other as we hold you both close in love.

Congratulations and Best Wishes on this new journey!
Much love,
Aunt Francie

Bethany and John from Frances Schwabenland on Vimeo. 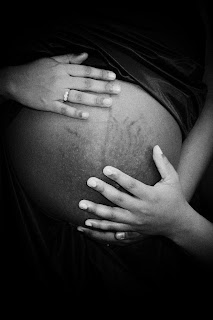 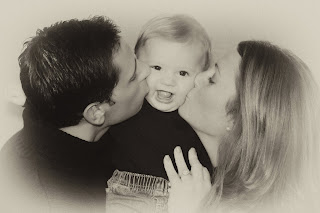 As a photographer, I have had such amazing opportunities to travel but I also feel so very privileged when I am entrusted with capturing the beauty of family moments.  These are sacred moments in the cycle of life.  Recently, I have also been asked to help prepare loving video messages to be shared with one’s family in conjunction with a written will as a lasting reminder and gift.  These are truly legacies of love.  Through it all, I have met incredible people and have been taught how important it is to be in the moment and never miss an opportunity to tell others how much they are appreciated.