I just love being a travel photographer…I go in search of new and interesting people, places and things.  I always have a camera with me for that unexpected find which happened this past week.  Victor’s Cafe is a landmark restaurant in South Philadelphia.  It is housed in two brownstones located at 1303 Dickinson Street, Philadelphia and it was my first visit and definitely not my last.

Victor’s has a very interesting history :

“One hundred years ago a young Italian immigrated to America bringing with him little more than a great love for classical music and grand opera. It seemed only natural that his way of living would somehow include that love. John DiStefano settled in Philadelphia in 1908 and in 1918 opened his first business: a gramophone shop. Here, friends and neighbors came and enjoyed an espresso and spumoni while they listened to newly recorded operatic arias, symphonies and popular music of the day. DiStefano’s Victor dealership became a meeting place not only for the musically inclined but also a nexus for companionship and advice.

John often took the South Street Ferry to visit the directors of RCA Victor, located just across the river in Camden, arranging auditions and making suggestions of selections to be recorded. Because of his broad knowledge voice and vocal repertoire he earned the respect and trust of those at RCA, and established a lasting relationship with numerous budding artists, some of whom went on to musical renown.

His efforts to bring together artist and recording studio are well documented by the signed photographs and operatic memorabilia which literally cover the Café’s walls. The collection includes thousands of the family’s considerable collection of 78 rpm recordings, treasures of another era. Many discs are rare, out of print, or never published but still earn their keep. A larger-than-life replica of Nipper, well-known canine mascot of “His Master’s Voice” fame, stands sentinel at the front door, mute witness to a century of devotion to an ideal.”

Sylvester Stallone and the production crew filming “Rocky” decided this would be the perfect restaurant to transform into Adrian’s, an Italian eatery.  Throughout the filming cast and crew hung out here and it was the place to come for dinner every Saturday night.

Victor’s is known for the live performances of arias and instrumental solos which used to be performed by its patrons but now, the servers have taken over that role. Introductions were made and David Koh would be our server.  We learned that he was a doctoral student studying opera at Temple. After delivering our first delicious course, a small bell rang and Puccini would have certainly given his nod to the aria David began to sing to us…we were truly transfixed as his amazing talent  lifted us all. Throughout the meal, we were treated to two more operatic arias and while we dined on delicious homemade dessert, “Younger than Springtime” was one more gift David gave us.

I tried to be very respectful of the rule regarding no video but this was just too good !  I was grateful to receive the permission to film just a very limited amount in order to share this unique dining experience.  I would highly recommend Victor’s Cafe for a lovely, romantic dinner  as well as a wonderful evening out with friends. Experience the stars of tomorrow as they stand in the shadows of the great stars from the past…another of Philadelphia’s historic charms!

Just click on Victor’s Cafe to be treated to a bit of our experience. 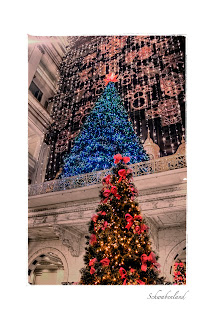 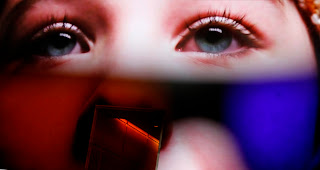 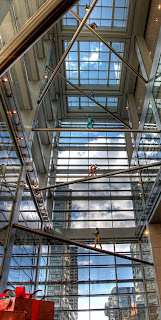 The holidays take on a deeper meaning through the customs and traditions families return to…a touchstone of identity. Visiting Wanamaker’s for the Christmas Light Show was always one of them for my family. Through the years, even though Wanamaker’s gave way to Macy’s, this Philadelphia tradition continues and each year provides a moment in time for people to get caught up in the magic of lights and music.

A new tradition to add to family holiday adventures is a trip to the Comcast Center . Visitors are given 3D glasses to view amazingly realistic holiday images on a 2,000 square foot LED screen. Snow scenes, floating dancers and children singing Christmas carols serve to lift everyone’s spirit. The show ends on a note of loud applause! 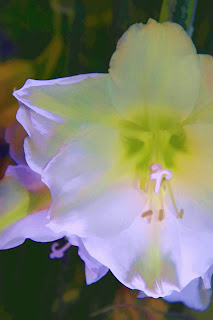 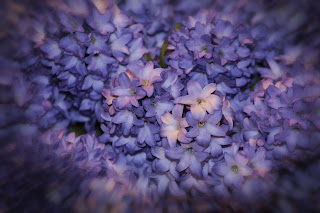 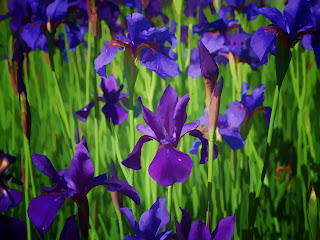 With 9 inches of snow here in Philadelphia, I could not pass up the opportunity to visit the Philadelphia Flower Show and be transported to Italy.  Flourishing gardens, villas, free flowing fountains and wine tasting…these sensual delights enabled me to experience the fullness of spring and know that the true fruiting of that promising time was not that long off.  Ciao! 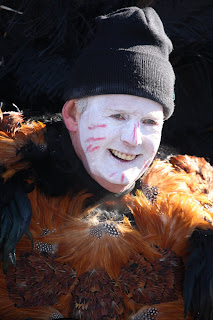 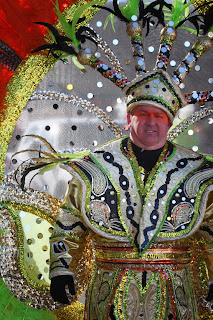 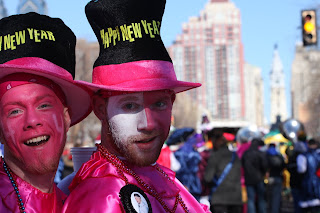 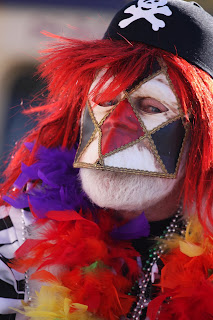 If you are unable to go to Venice for the Carnival, the next best thing is Philadelphia on New Year’s Day!  The stage is Broad Street and it is transformed into a sea of sequins, feathers and over 10,000 comics and musicians carrying on a tradition which began in 1901.  If you would like to see more, my video is on You Tube under francesanne24.